Johh Martin, the second eldest of his siblings was a hard worker and a great welder. John and his younger brother David grew up at a young age fabricating in the shop with their dad and helping grow the business. When John had free time, you could catch him on his motorcycle or at the lake with his friends.

​​David Martin started working for Martin's Metal (formally known as Martin's Welding) when he was in his young teens, with his parents and siblings. He has dedicated his whole life into building up the company and taking it from a small crew in the 1980's to over 100 employees by 2014. He is a proven leader in the steel fabrication industry.

Charlotte Martin started working for Martin's Metal when she was a young teenager, back then it was known as Martin's Welding. Charlotte was the oldest of her siblings. A true teacher at heart, she loved to learn and teach her siblings everything she knew. She did everything from sandblasting in her twenties to billing, to running the office and helping with the day to day operations of the company. Charlotte was an intricate part of the success of Martin's Metal Fabrication & Welding, Inc.

Len Martin, founder of Martin's Metal Fabrication & Welding, Inc. Born in Eufaula, Oklahoma in October of 1925. Len, who was in the United States Air Force, dreamed of owning his own family business. Working with sheet metal in the military, Len found his niche. After the military Len started Martin's Welding in 1972 and later it was incorporated and chaneg to Martin's Metal Fabrication & Welding. It was Len & Carol which set our core values and it's those values which we follow till this day.

Martin's Metal was built from one couples dream, hard work, honesty, dedication & discipline. With the help of their children and grandchildren, Martin's Metal will continue to be successful, & grow stronger than ever. Our company has become a leader in the fabrication industry and will continue to thrive through good times and bad for generations to come.

In June 10th 1984, Len and the other Airmen flew the Douglas C-124 Globemaster II "Ole Shakey"into Travis AFB, CA. You can still visit the Plane at the www.jimmydoolittlemuseum.org on Travis AFB.

The museum was given the C-124 in August 1982. The aircraft had been stored for many years outside at the Aberdeen Proving Ground in Maryland, where the C-124 was used as a storage shed. Transporting the aircraft by ground from Maryland to California would of been expensive, so the decision was made to fly the aircraft to the Travis AFB Museum.Volunteers joined with members of the Air National Guard's 116th Tactical Fighter Wing from Dobbins Air Force Base to restore the C-124 to an airworthy condition.

The aircraft was then ferried from Aberdeen Dobbins AFB in Georgia, where the members of the 116th TFW completed the aircrafts restoration. The aircraft was then flown cross country to Norton AFB in California to Travis AFB.. The C-124 arrived at the Travis Air Museum at exactly 1400 on June 10, 1984. The first recorded flight of a C-124 in nearly a decade.

Carol Martin, founder of Martin's Metal Fabrication & Welding. Born in Ohio, November 1934 and raised in Washington. Carol and Len with the help of their four children built this company from a small fabrication shop to a large diverse company.

Martin's Metal was built on traditional old fashion hard working values. Carol at the young age of 75 still worked in the office giving nothing but 100%. Carol was involved in every aspect of the company; from managing, purchasing, to going to actions with her son David to buy equipment or working Saturday's in the office doing paperwork.

It's her dedication and hard work which molded Martin's Metal Fabrication and set the standards for our company. Martin's Metal was built from one couples dream of owning their own business, putting in hard work, honesty, dedication & discipline. With the help of their children and now, grandchildren, Martin's Metal will continue to be successful & grow stronger than ever. Our company has become a leader in the fabrication industry and will continue to thrive through good times and bad for generations to come.

Chantelle Martin is the oldest daughter of David and Martha Martin and granddaughter of Founders Len & Carol Martin. She is the third generation to work at Martin's Metal Fabrication. Chantelle grew up in and around steel fabrication and in the construction industry. She began her career working in the family business in 2003.

Chantelle is responsible for monitoring and resolving issues regarding various aspects of the company's operations; marketing, safety, production, maintenance, human resource and legal. She implements the companies policies, procedures and ensures the business operations are running efficient. She helps oversee the day to day operations and functions of the company. 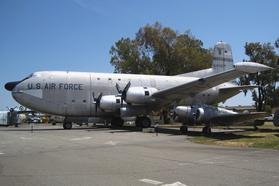 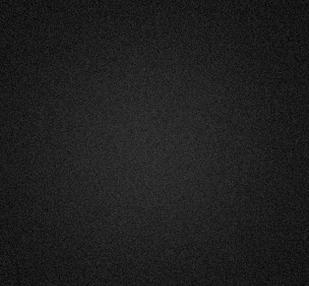